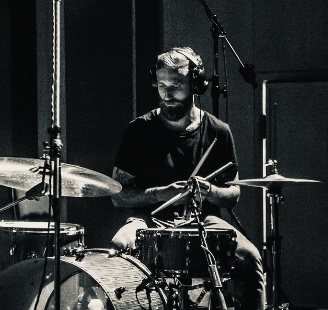 Jonny Brister is a drummer based in London who grew up in Somerset. Jonny's professional career has seen him split his time with artists, studio, theatre and lots of other musical situations.

Jonny plays drums for Josef Salvat (Sony), which has seen Jonny tour around the UK and Europe including festivals, TV and radio sessions.

Cool Rider, a stage adaptation of the movie Grease 2, had a short spell in the West End for which Jonny was the drummer. You may have also heard Jonny on some recordings, one of which was for Stevie McCrorie's album, which debuted in the U.K Top 40. Jonny has also recorded to picture for the new ITV drama Maigret, to be aired in 2016.

Jonny has also been involved in other artist, studio and theatre work. Further information can be found on his website www.jonnybrister.com